From Piranesi and Soane through the Labroustes and Viollet-le-Duc to Scarpa and Eisenman, documenting and reconstructing buildings from the past has long been a method for generating visions of new architecture. Digital tools such as photogrammetry, structured-light scanning, reflectance transformation imaging, and impulse response creation enable us to document historic spaces and objects in minimally invasive ways. Such techniques are calling forth new scholarship on the concepts of originality, copying, preservation, and reconstruction, and suggest post-human forms of historical vision and sensing.

The event will be divided into two panels, with the first offering commentary on historic and contemporary practices and the second exploring case-studies of contemporary techniques.

This event is part of the 2017 Chicago Architecture Biennial’s CAB Sessions series and is organized by the University of Michigan and California of College of the Arts. It will take place in the Chicago Cultural Center’s Randolph Square. 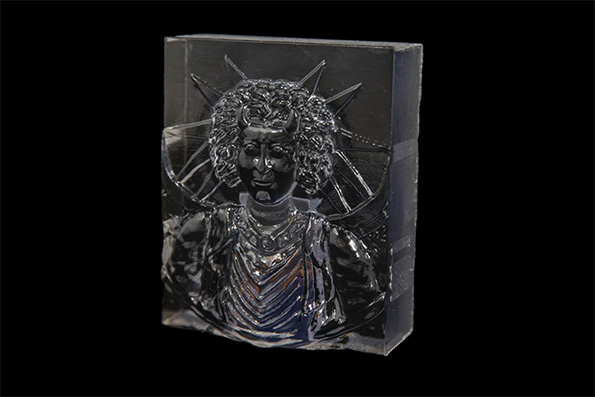 Morehshin Allahyari
Morehshin Allahyari is an artist, activist, educator, and occasional curator. She is the recipient of the leading global thinkers of 2016 award by Foreign Policy magazine. Allahyari was born and raised in Iran and moved to the United States in 2007. Her work deals with the political, social, and cultural contradictions we face every day. She thinks about technology as a philosophical toolset to reflect on objects and as a poetic means to document our personal and collective lives struggles in the 21st century. Morehshin is the co-author of The 3D Additivist Cookbook in collaboration with writer/artist Daniel Rourke– (published on December 2016 online in 3DPDF format and in print by the Institute of Networked Cultures). Her modeled, 3D-printed sculptural reconstructions of ancient artifacts destroyed by ISIS, titled Material Speculation: ISIS, have received widespread curatorial and press attention and have been exhibited worldwide.

Allahyari is currently an artist in residence at Eyebeam’s one year Research Residency (2016-2017) in NYC where she is developing a new body of work on Digital Colonialism and ‘re-Figuring’ as a Feminism and de-colonialism practice, using 3D scanners and 3D printers as her tools of investigation. Researching dark goddesses, monstrous, and djinn female figures of Middle-Eastern origin, Allahyari devises a narrative through practices of magic and poetic-speculative storytelling, re-appropriation of traditional mythologies, collaging, meshing, scanning, and archiving. 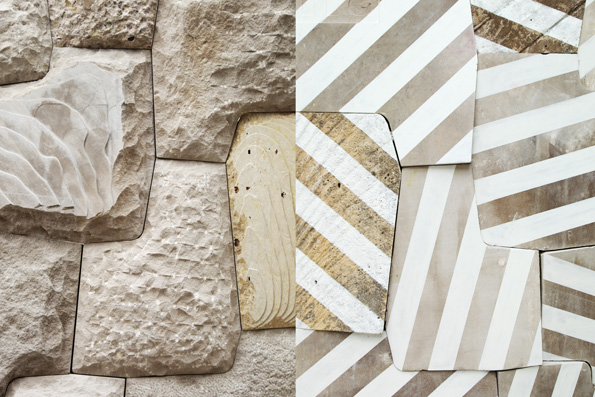 Brandon Clifford
Brandon Clifford is an Assistant Professor at the Massachusetts Institute of Technology and Principal at Matter Design. He is also currently the 2017-18 Founders Rome Prize in Architecture Fellow of the American Academy in Rome. His Rome Prize project is titled ‘Ghosts of Rome’. Clifford received his Master of Architecture from Princeton University in 2011 and his Bachelor of Science in Architecture from the Georgia Tech in 2006. From 2006-2009 he worked as project manager at Office dA (NADAAA) in both Boston and New York. Clifford also served as editor of Pidgin Magazine from 2009-2011 and the 2011-2012 LeFevre Emerging Practitioner Fellow at The Ohio State University Knowlton School of Architecture.

In 2008 Clifford founded the award winning practice Matter Design with Wes McGee. The practice solidified with Matter Design’s success in design competitions such as the international West Cork Arts Center competition and the provocative winning entry for the 10up competition, Periscope: Foam Tower. Brandon is a highly acclaimed designer winning prizes such as the Design Biennial Boston, the Architectural League Prize for Young Architects and Designers,as well as the prestigious SOM Prize launching an ongoing research project into volumetric architecture. His work is published widely in journals, magazines,and conference proceedings, as well as recent books such as Young Architects 15: Range, Archive: Design Biennial Boston, Performative Materials in Architecture and Design, Stereotomy: Stone Architecture and New Research, and New Fundamentals of Natural Architecture. His recent authored work includes Volume: Bringing Surface into Question, Range: Matter Design, and Volumetric Robotics: MIT Architectural Design Workshop. Clifford is dedicated to re-imagining the role of the architect in the digital era. 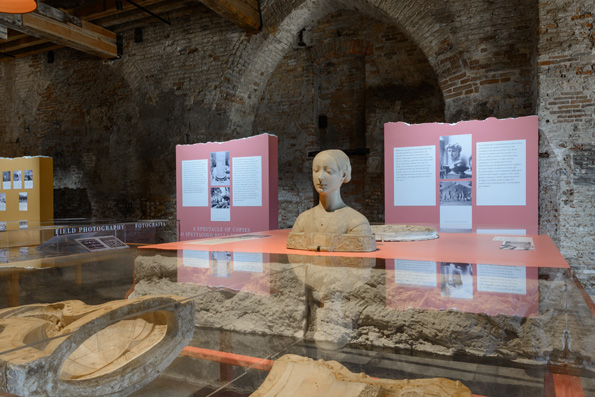 Brendan Cormier
Brendan Cormier is a Canadian writer, curator, and urban designer based in London. He is currently the lead curator of 20th and 21st Century Design for the Shekou Partnership at the Victoria and Albert Museum. Prior to this he served as the managing editor of Volume Magazine. He regularly writes for various publications including Mark, Domus, Azure, Monu, Thresholds, Conditions, and Canadian Architect on architectural and urban issues. He has taught at the Berlage in Delft and Bruce Mau’s Institute Without Boundaries in Toronto. In 2009 he co-founded the research and design studio Department of Unusual Certainties in Toronto, where he designed several exhibition installations that explored urban issues. In 2011 he was named innovator-in-residence at the Design Exchange, Canada’s national design museum, where he was able to contribute to and influence the curation of exhibitions and programming of events at the museum. 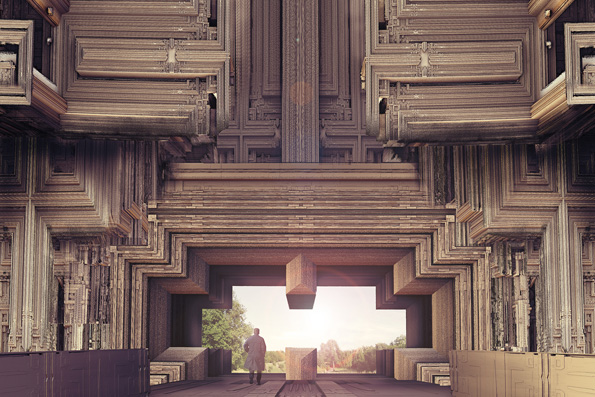 Mark Foster Gage
Mark Foster Gage has been practicing architecture professionally since 2001. After practicing as a founding partner of Gage / Clemenceau Architects from 2001-2013, he founded Mark Foster Gage Architects in 2014. His innovative design work has been featured in institutions including the Museum of Modern Art, the Museum of the Art Institute of Chicago, the Venice Biennale, the Beijing Biennale, the Deutsches Architektur Zentrum in Berlin, and published in venues such as Vogue, Fast Company, The New York Times, Harper’s Bazaar, and on PBS, Fox and MTV. Mr. Gage has received recognition in the form of nominations or awards from various institutions including the Architectural League of New York, the American Institute of Architects, The Chernikhov Foundation, The Ordoz Prize Foundation, and the USA Artists Fellows Program, and was named an “Avant Guardian of Architecture” by Surface Magazine. Gage combines his unique background as a classically trained architect, protégé of Robert A.M. Stern, and studio assistant to Frank Gehry into a practice that combines the best design techniques of the past with the emerging technologies of tomorrow.

Gage is a tenured professor, and Assistant Dean at the Yale School of Architecture where he has taught since 2001. Prior to teaching at Yale, he taught at the Graduate School of Architecture, Planning, and Preservation at Columbia University, The Institute for the Study of Classical Architecture and he recently led a think-tank on Computational Aesthetics at the Royal Danish Academy. He has lectured in the United States and abroad on his design work, emerging trends in design, and his technological contributions to the field of architecture. Gage has written extensively on architecture and design in academic and popular publications including The Journal of Architectural Education, Volume, Fulcrum, Mole, Perspecta, and Log, among others. He has published several books including Composites, Surfaces and Software: High Performance Architecture (Yale, 2012); Aesthetic Theory: Essential Texts for Architecture and Design (WW Norton & Company, 2011). 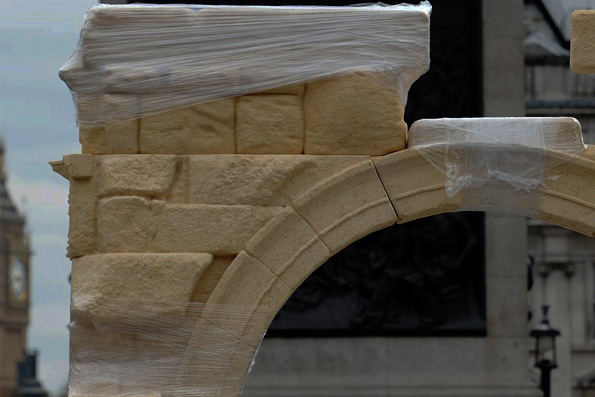 Pamela Karimi – Photo: The construction of the 3D-printed model of the entrance to the temple of Bel destroyed by ISIS nears completion in Trafalgar Square. Photograph by P. Karimi, 2016.

Pamela Karimi
Pamela Karimi received her PhD from the History, Theory & Criticism of Art and Architecture at Massachusetts Institute of Technology in 2009. Her primary field of specialization is art, architecture, and visual culture of the modern Middle East. Her second area of research is design and sustainability in North America. Before joining the Art History faculty at UMass Dartmouth, Dr. Karimi taught at Brandeis University, NYU, Wellesley College, and Lawrenceville School. Karimi is the author of Domesticity and Consumer Culture in Iran: Interior Revolutions of the Modern Era (Routledge, 2013) and co-editor of Images of the Child and Childhood in Modern Muslim Contexts (Duke, 2012), Reinventing the American Post-Industrial City (Sage, 2015) & The Destruction of Cultural Heritage in the Middle East: From Napoleon to ISIS (Aggregate Architectural Collaborative, 2016). Her essays and reviews about the modern and contemporary art of the Middle East have appeared in Harvard Design Magazine, ArtMargins, Jadaliyya, Art Journal, Ibraaz, Bidoun, Honar-e Farda, and the Arab Studies Journal, among others. She has held fellowships from Iran Heritage Foundation, American Council of Learned Societies, the Social Science Research Council, the American Association of University Women, and the Society of Architectural Historians. Karimi has been the co-recipient of the University of Massachusetts Creative Economy Fund twice in 2012 and 2016 and in 2014 she earned the University of Massachusetts Dartmouth Green Award. Co-founder of Aggregate Architectural History Collaborative and a former member of the editorial team of the International Journal of Islamic Architecture, Karimi currently serves on the board of the Association of Modern and Contemporary Art of the Arab World, Iran, and Turkey and is the Associate Director of the Office of Undergraduate Research at UMass Dartmouth. 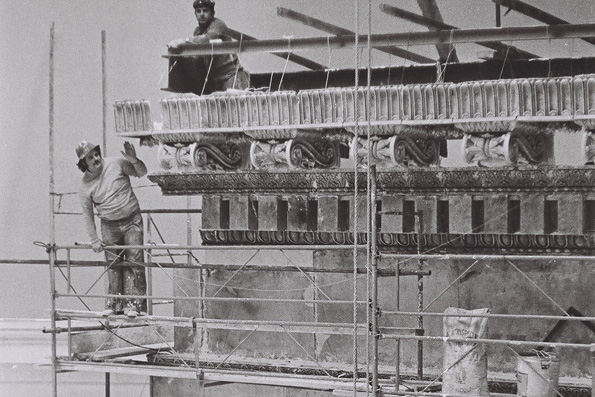 Mari Lending
Mari Lending is a professor of architectural history and theory at the Oslo School of Architecture and Design. She is a founding member of the Oslo Centre for Critical Architectural Studies (OCCAS), and a senior researcher in the international research projects Place and Displacement: Exhibiting Architecture, The Printed and the Built: Architecture and Public Debate in Modern Europe, as well as in the EU-funded project Printing the Past: Architecture, Print Culture, and Uses of the Past in Modern Europe (PriArc). In 2014, she curated the exhibition Model as Ruin at the House of Artists in Oslo, and published, with Mari Hvattum, the book Modeling Time (Torpedo Press). Lending is currently working on the exhibition Images of Egypt(Historical Museum, Oslo, spring 2018) and a book with the same title. In the fall 2017 the monography Plaster Monuments: Architecture and the Power of Reproduction will appear (Princeton University Press), as well A Feeling of History, with Peter Zumthor (Scheidegger&Spiess). 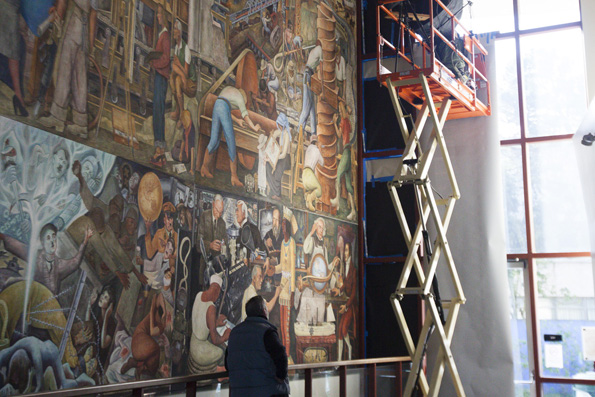 Carla Schroer
Carla Schroer is a founder of Cultural Heritage Imaging (CHI), based in San Francisco, CA, and currently holds the positions of Program Director and Board Member. She is an experienced digital photographer and is proficient with multiple software programs and techniques for enhancing and manipulating digital images. Schroer is a seasoned business and technical professional with more than 20 years of software experience in Silicon Valley and 6 years of imaging and cultural heritage experience.

Schroer has directed a wide range of software development projects including object-oriented development tools, desktop publishing, and Sun Microsystems’ Java Technology. Her experience includes software and test development, project management, budgeting, planning, business strategy, and licensing. Schroer joined Sun’s Java development team in 1995, where she played a fundamental role in the creation of Sun’s licensing and compatibility testing model for Java. Schroer has managed and worked with teams all over the globe including Russia, India, and Ireland. For two years she was responsible for Sun’s engineering program in Russia which employed more than 200 Russian computer scientists.

A graduate of New College of Florida with a concentration in Computer Studies, Schroer also studied sculpture and ceramics. She continues to work in clay and is accomplished at both wheel throwing and hand building techniques. Schroer has always had a love of ancient places and cultural objects, seeking them out in museums, books, and during her worldwide travels. She has taken a number of continuing studies courses in archaeology and is active in the local chapter of the Archaeological Institute of America.