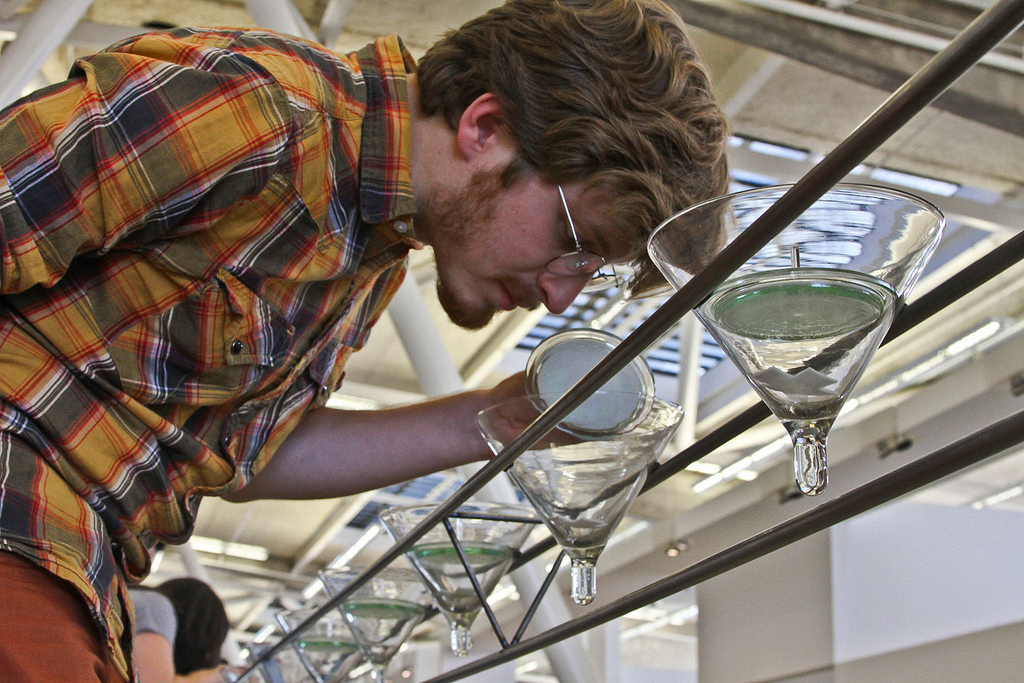 In conjunction with the Test Site symposium, the California College of the Arts MAAD in History, Theory, Experiments staged the first exhibition devoted exclusively to the recent works of artisans and historians who harness scents, essences and fragrances in the reconstruction and preservation of historical spaces.

In the past ten years a surprising number of historians, preservationists, architects and artists experimented with scents to record, represent and reconstruct historical buildings, interiors and agrarian and urban landscapes. Such work spans from Aaron Betsky and Herzog and DeMeuron’s fragrance “Rotterdam – Olfactory Object” (2004) to perfumier Christophe Laudemiel’s “Straight of Bosphorus” (2013). This exhibition displays several examples of this recent work, creating a brief image of some possible and future archive of an olfactory past.

Exhibited works include Jorge Otero Pailos’ “Olfactory Reconstruction of Philip Johnson’s Glass House” (2008) — a project that remakes the smells of cigarette smoke, leather and cologne that permeated this modern masterwork; a video of Philippe Rahm’s attempts to reconstruct the atmosphere of a Paris apartment interior in 1832 (2008); Birthe Leemeijer’s “L’essence de Mastenbroek” (2005) – a project in which the artist worked with a perfumier to capture the grassy aromas of a rapidly developing Dutch agrarian landscape; and the work of master perfumers, such as Christopher Brossius’ aromatic reconstruction of a 19th century library (2005) and Christophe Laudamiel’s and Christoph Hornetz’ “Paris 1738″ (2006) — a smell of 18th century, urban revulsion. 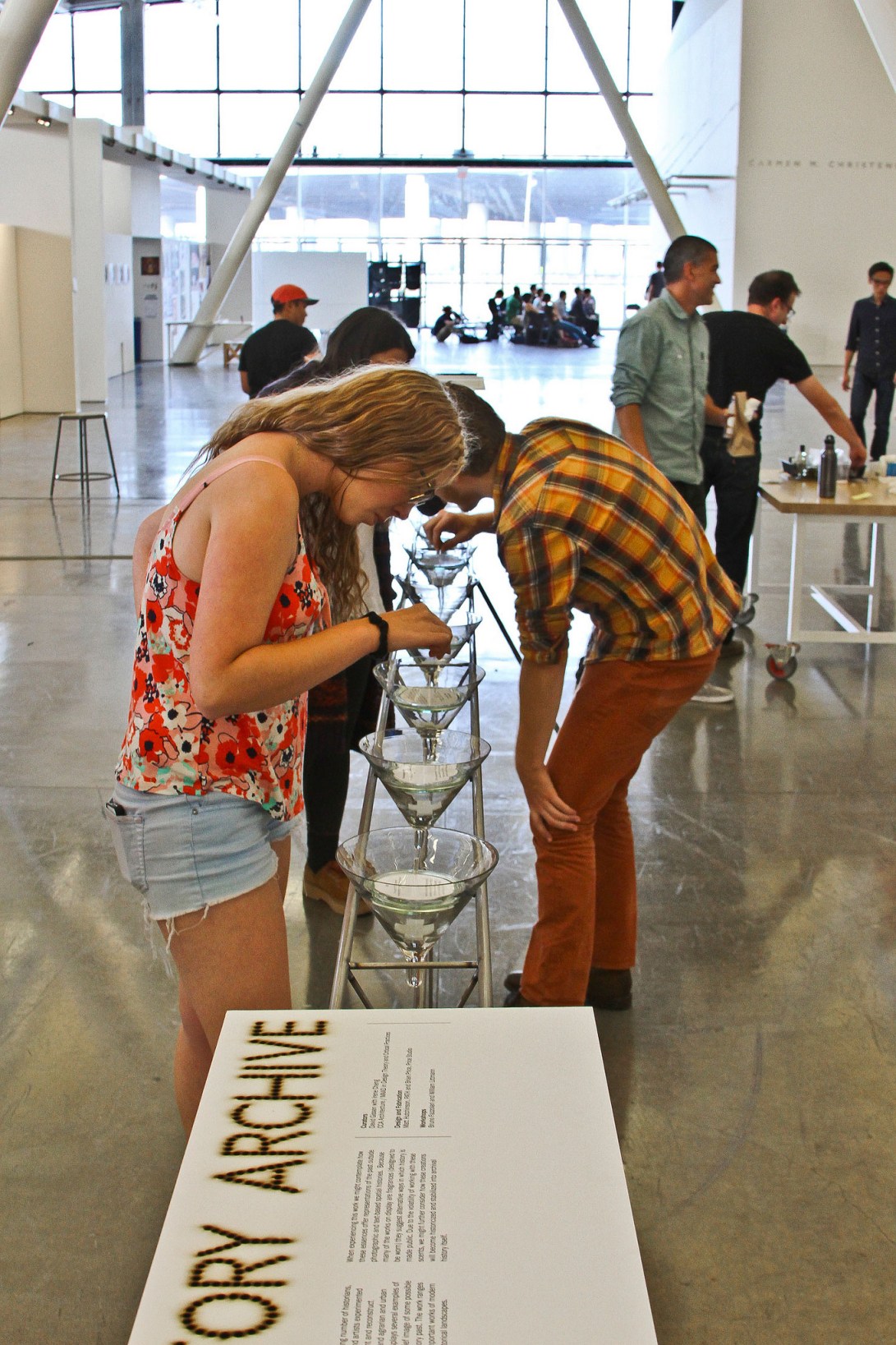 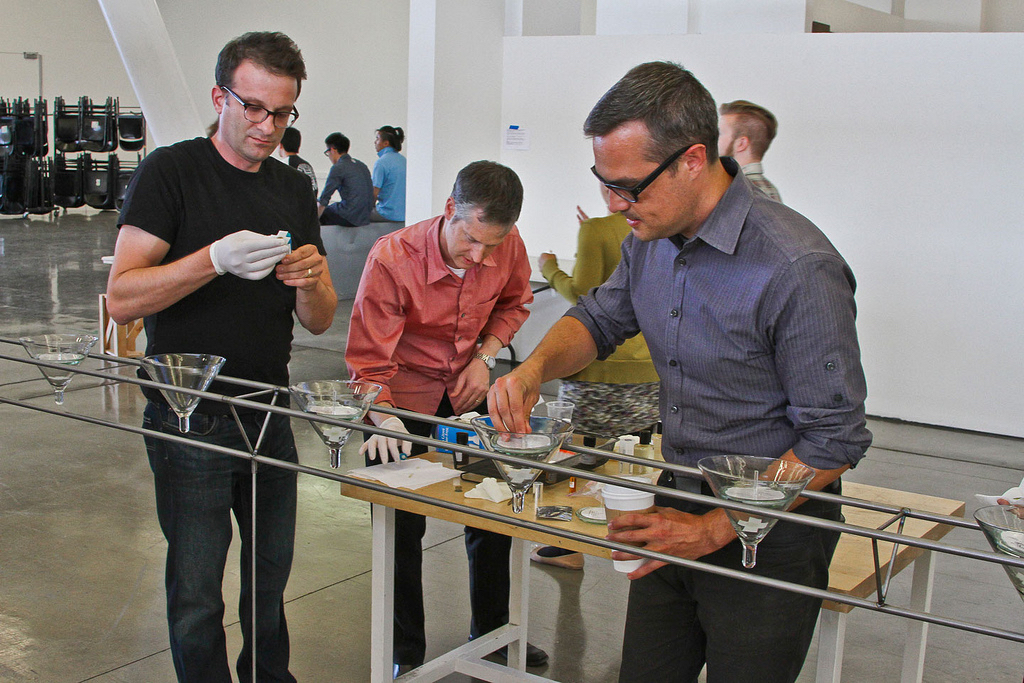 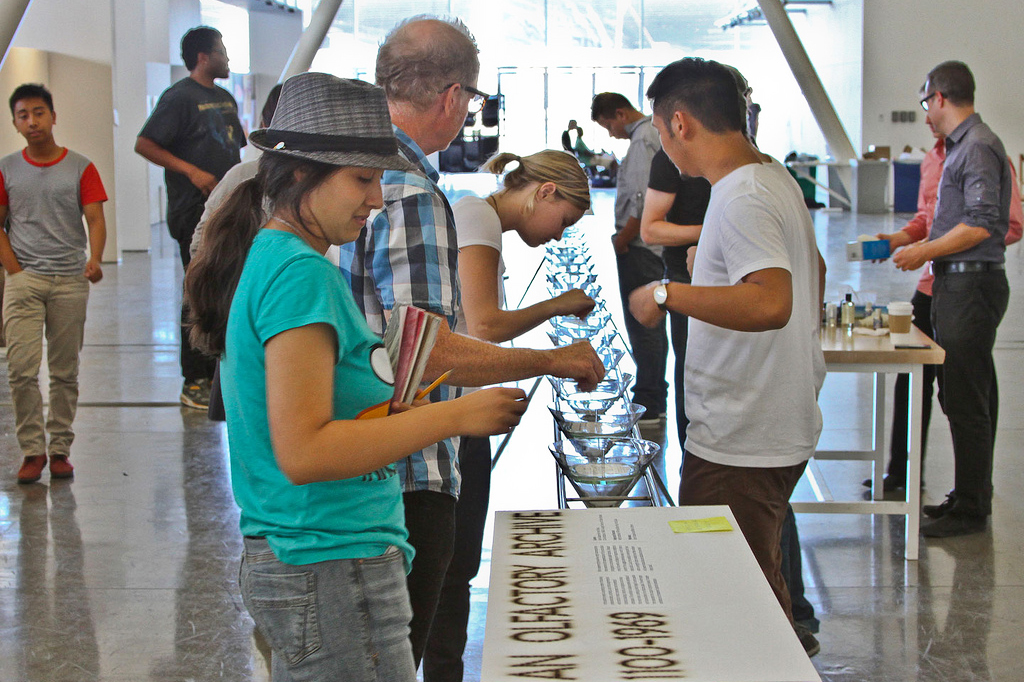 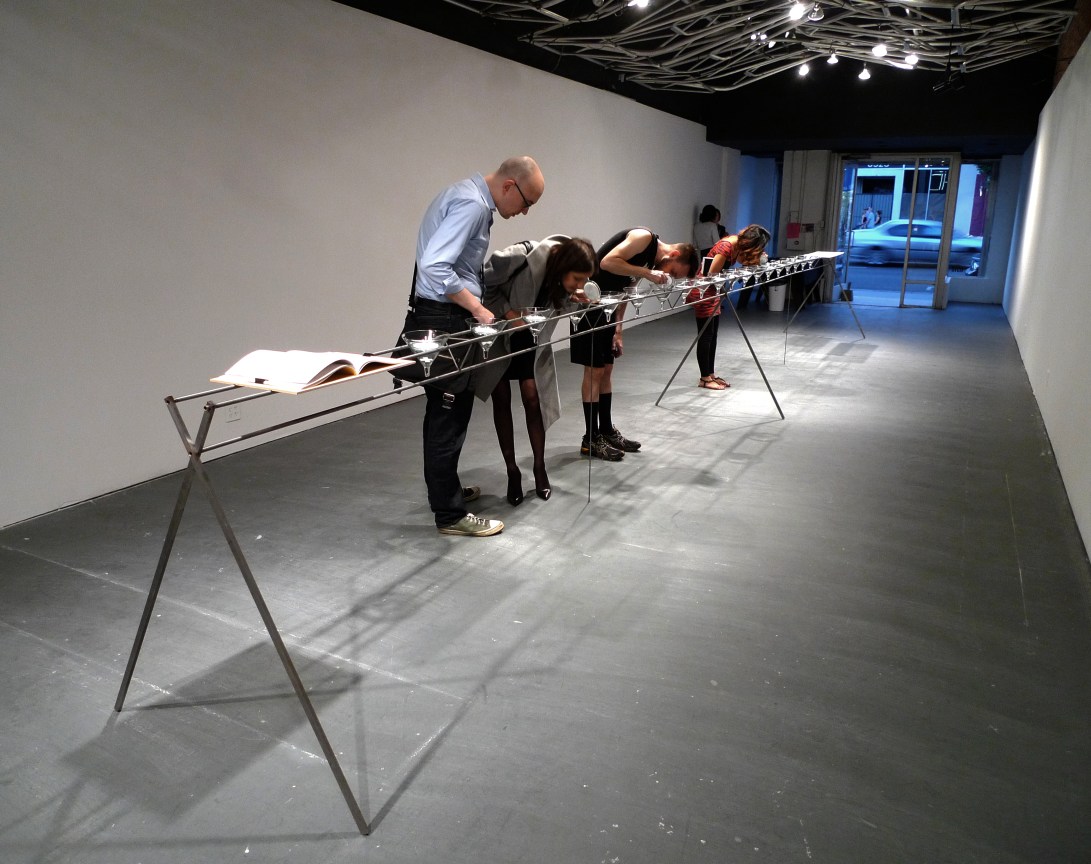