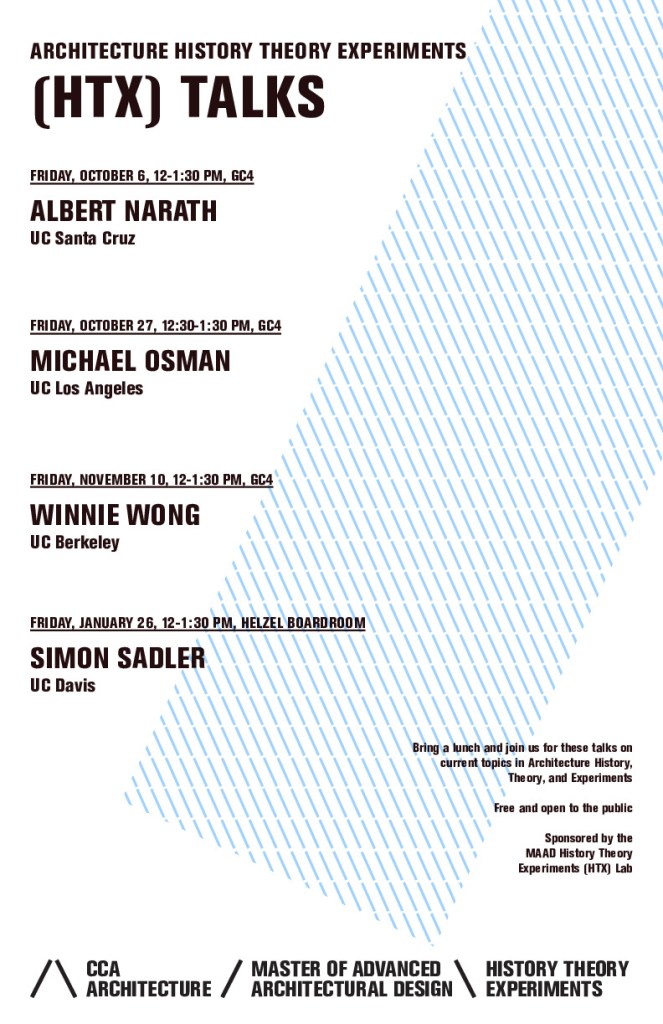 Albert Narath’s research and teaching interests focus on the history of modern architecture and design from the 19th century to the present. His current work operates within the intersection of architectural history, environmental history, and anthropology. Projects on subjects such as the impact of ecological thinking on architectural practice, the history of “passive solar” design, and the adoption of environmentalist ideas in architectural education interrogate the complex relationships between the ideas of technology and nature in design discourse during the past half-century. His current book project focuses on the reception of indigenous architecture in the American Southwest following World War II, when debates about ecology and technology were central to the social and political context of design developments both outside and within Pueblo communities. He maintains a second research focus in the historiography of modern architecture. In tracing German art historical conceptions of the Baroque at the end of the nineteenth century, for example, he has explored the interplay between history, theory, and practice in a period when architects reexamined their discipline in the face of profound urban and political transformations.

Michael Osman’s research in architectural history focuses on the modern period with a particular emphasis on the buildings and cities of the United States. He seeks connections between the infrastructure that undergirds the process of modernization and the historiography of modernist architecture. Some topics of his writing include: the early formation of ecological science and its influence on theories of city growth, the study of the managerial instruments used for organizing and representing spaces for industrial production, and the architectural profession’s relation to modern construction processes. In this expanded view of modernism’s history, he identifies the contributions made by architects and urban thinkers to changes in the modes of life over the last two centuries. Osman’s forthcoming book, Regulation, Architecture, Modernism (University of Minnesota Press), focuses on the history of environmental and economic systems of regulation in the US. A number of his essays address critical problems in modernism’s historiography. These include an examination of Reyner Banham’s use of the term “ecology” and an analysis of the metaphysical aspirations latent in some twentieth-century writings on concrete. In 2005, Osman was a founding member of Aggregate: The Architectural History Collaborative, a platform for exploring new methods in architectural history. His work has been supported by fellowships from the University of California Humanities Research Institute, the National Science Foundation and the Fulbright US Student Program.

My research is concerned with the history and present of artistic authorship, with a focus on interactions between China and the West. My theoretical interests revolve around the critical distinctions of high and low, true and fake, art and commodity, originality and imitation, and, conceptual and manual labor, and thus my work focuses on objects and practices at the boundary of these categories. My first book, Van Gogh On Demand: China and the Readymade (U of Chicago Press 2014, Joseph Levenson Book Prize 2015), is a study of Dafen village, China, the world’s largest production center for oil-on-canvas painting. The book examines conceptual art, propaganda, skill, craft and performance in Dafen, and evaluates the postmodern valorization of creativity and appropriation in globalist artistic discourses. I am currently working on a second monograph on export painting in the period of world maritime trade centered in Guangzhou from 1760 to 1842. This book will situate the work of anonymous Canton painters within the larger Qing engagement with European painting. I recently coedited with Jing Wang a special issue of positions: asia critique on visual culture and digital dissent (CELJ 2015 Best Special Issue Award), and, with Mary Ann O’Donnell and Jonathan Bach, a multidisciplinary volume on the urban history and anthropology of Shenzhen, entitled Learning from Shenzhen: China’s Post-Mao Experiment from Special Zone to Model City (U of Chicago Press, February 2017). In Fall 2015, I co-covened with Martha Buskirk, an exploratory workshop at the Radcliffe Institute for Advanced Study on new intersections of contemporary art and intellectual property law.

He has been a UC Davis Chancellor’s Fellow, a Fellow of the University of California Humanities Research Institute, and a Fellow of the Paul Mellon Centre for Studies in British Art, London. He has served on the editorial board of the Journal of Architectural Education, the Advisory Board of The Architect’s Newspaper, and the Advisory Board to the Architectural Humanities Research Association.